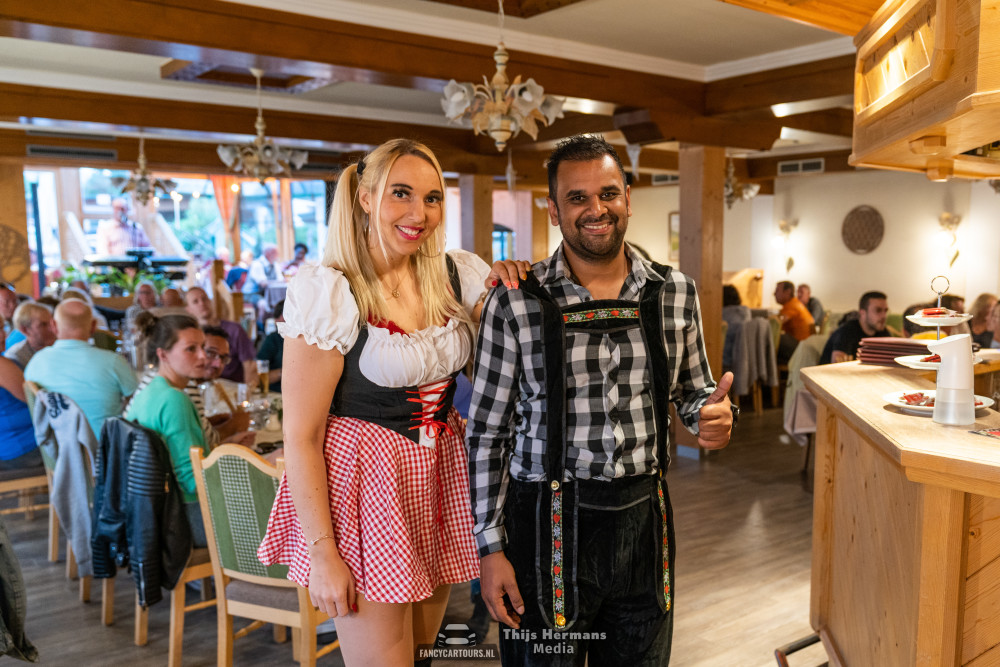 We are Erwin & Shirley and organize car tours through Europe.


The story of Erwin

FancyCartours.com started as a hobby through the barrel race.

FancyCartours.com started as a hobby. In 2018 I participated in the Barrel challenge. This is different from a Fancy Car 😉, because here you drove an old Barrel through Europe, and hope your car survives. This was fun, I did this with 4 other friends. At the time I was driving a Renault Espace, with no less than 250,000 on the clock. I have achieved the ride (6,000 km) with this. We had quite kicked the car by then, it was time to get rid of the car. 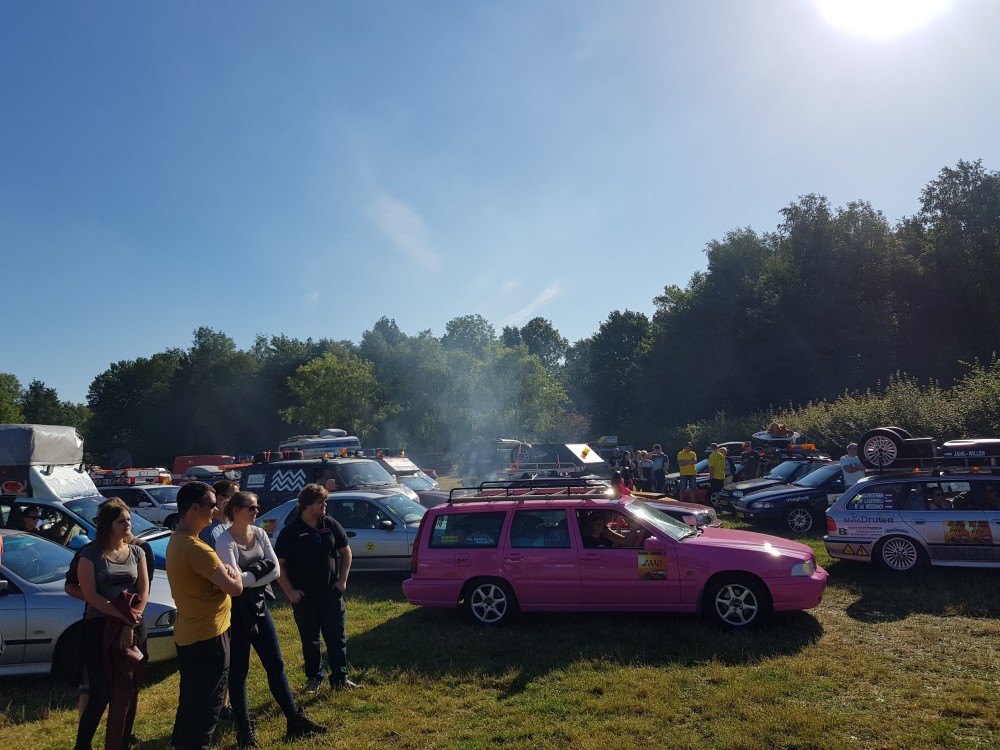 Maybe a fast car is better...

The Espace had to go, I had nothing with cars at the time, but with motorcycles, because I also ride a motorcycle myself. But it still started to itch .. a car is nice, in the end I bought  an Audi TT from 2006. It had 180HP, when I gave it gas it was super fun! After a month the fun was gone, I needed more power and more sound. I bought a 350Z. The 350Z was a fun car! It had run 200,000, but the car had a tilted piston. So I bought a cat in a poke. In the end I decided to trade in this car for a 370Z. This was a great car with sports exhausts and had 330HP. What an experience…

Now that I have a fast car it's  fun to drive sporty. But it really became fun to drive other sporty cars. I did this a few times with  friends/acquaintances of mine. We drove through the area with some GT-Rs, SL's and M's. Finally I thought to myself ; wouldn't it be nice to tour a few times a month, and find people with the same passion together? Then FancyCartours.com was born…

PS. In the end my 370Z was no longer sufficient, and I switched to a Corvette C6, this is the car you now see as an icon at FancyCarTours.com.

Convert to a company

I don't do FancyCarTours full-time, I also work as a freelance software developer. I have turned FancyCarTours.com into a company where I give students the opportunity to take photos and provide the participants with a fun day. This is working pretty well so far. My friend Shirley helps me arrange and organize the day. In addition, our family is in the travel industry and we organize tours abroad because we know beautiful places there. 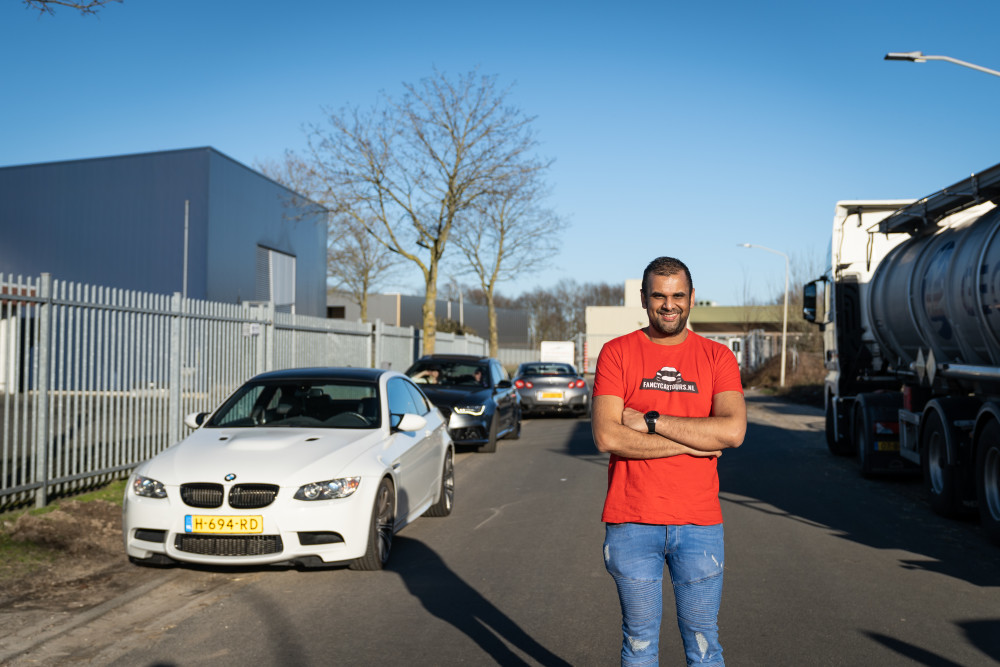 The story of Shirley

I see it as a privilege to give people a nice and pleasant day. That makes me happy!/

I see it as a privilege to give people a nice and pleasant day. That makes me happy! I organize these tours as a hobby and combine it with my job as Category Specialist at a well-known day deal website.

We spend a lot of our free time thinking up and preparing new editions, plotting routes, testing eateries... very annoying... ;-) and updating the website + social media.

Giving people a nice day is something that gives me great satisfaction. Previously, I have always worked as an Activities Supervisor within the healthcare sector. That is where the passion for arranging and organizing comes from.

With my somewhat perfectionist character I like to make sure that everything runs smoothly on the day of the tour.

I myself drive a BMW 5 series (not a super fast car with a lot of spectacle, but a very comfortable car) and very occasionally with the Corvette. But during the tours I go along as a co-driver so that I have all the space to make sure everything runs smoothly that day.

An awesome day full of memories should of course also be captured. As a participant it is nice to see a driving photo in a cool environment.

A photographer is present at every tour who puts the participants on the sensitive plate in different places.

The atmosphere at intermediate locations is also photographed. After the tour, all photos will be shared with the participants so that they can show friends/family/colleagues what a great day they had. From the first edition, Thijs Hermans has been present to take care of these photos.

Thijs is an enthusiastic automotive photographer. He strives for the perfect picture in which every car excels. By choosing the right places on the route, taking sharp photos and a subtle post-processing afterwards, every fancy car looks good in the photo. With Thijs behind the camera, every participant is guaranteed to have a beautiful photo of his car in action during the tour.

We ourselves are a perfectionist when it comes to routes and dining options. It is important to us that the participants have a nice day. That is actually the most important of all, because satisfied participants gives us the energy to organize even more fun tours. When will we see you appear?